Hi, and welcome back to The Brown Parachute Club.  I hope you enjoyed last week’s article about Setting Priorities.  I know it helped reinforce what I should be doing every day! 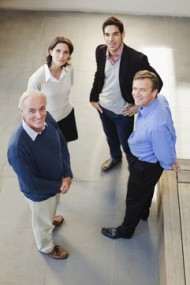 Anyway, today I thought I would tackle the topic of Networking.  No, I’m not talking about those rooms full of servers that you see in your typical tech commercial.  I am talking about Networking between Humans!

Bing appropriately defines Networking this way: “Interact with other people to exchange information and develop contacts, especially to further one’s career”.  That pretty much nails it.  However, if you are a disciple of Dale Carnegie, he would take a slightly different approach, but more on that later.

Back in days of old, when you were fired from a job, you grabbed the Classified Section of the Sunday newspaper.  Then you circled some promising ads and hit the bricks first thing Monday morning.  It wasn’t uncommon to have a number of interviews and maybe even have a job offer by the end of the week.  Those days are over.  Yesterday’s newspapers have been replaced by job hunting websites like Monster, Career Builder, and (my personal favorite) Indeed.

However, as I mentioned in my article about Age Discrimination, many times your résumé isn’t being seen by human eyes.  Instead it is perused by a heartless database scanner that will throw your résumé into the garbage can before anyone has a chance to see it.

How do you get your résumé past these robotic gatekeepers?  There are some forms of trickery you can use.  As far as your résumé goes, leave off the dates of service for each position.  Also, use a single space after your sentences, since that’s what all the cool kids are doing nowadays.  Then, set up a new Gmail account for your job hunt, since that’s your safest bet not to be labeled a fuddy-duddy. 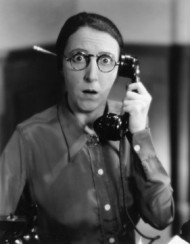 If you manage to get past all of those roadblocks and actually get an interview, you have a whole new set of “upgrades” to consider.  Younger, hipper glasses for one.  Also, you may want to update your wardrobe, but hey, you don’t have a job!  For us guys, there’s always hair coloring, which should cause any red-blooded American male to shudder.  And so on.

But what if you don’t want to do an online and personal makeover just to get a shot at a job?  What do you do then?  That is where the Magic of Networking comes into play.  In today’s job market, it’s much more about “who you know”.  Like when your uncle got you that job when you were fresh out of high school with one of the Big Three (Ford, Chrysler, or GM).  Ah, you were going to work there until the day you retired.  Those were the days!

As I have already mentioned in my previous article, LinkedIn is the lynch pin in your Networking portfolio.  However, there are also other ways to get the word out that you’re looking for work.  Facebook is an option.  However, for many people, this amounts to taking out a front page ad in your local paper telling all of your friends and family that you got fired and need a new job.  A little too personal and embarrassing for some people.

Another option is attending Job Fairs and other Networking functions.  As a veteran of some Job Fairs, these can be a little intimidating.  All of those folks in their business suits, carrying their leather portfolios, can make you feel like small potatoes.  Especially when you realize you have most of them beat in the age department by at least 20 years!

An excellent presentation by Wilf Flager shows the “Mature Worker” the ins and outs of Networking for people our age.  It is a great resource and I highly recommend that you check it out and download it for future reference.

There is also another excellent article in Forbes about writing a Perfect LinkedIn Summary.  I was recently informed that this should be the main focus of my LinkedIn Profile.  I never gave this a lot of thought, but as I bounced around LinkedIn and read some other member profiles, I realized that mine is lacking.  I am in the process of using that Forbes article to help spruce it up and make it stand out to anyone who reads it.

A lot of the focus in Networking seems to be “Me, Me, Me”.  While I understand you want to put your best foot forward with your fellow networkers, I have always thought this approach is the opposite of that classic, How to Win Friends and Influence People by Dale Carnegie.  He said that people love to talk about themselves, so let them! 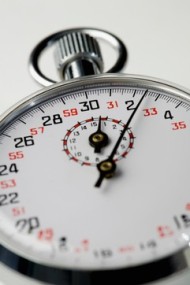 However, since the goal in attending a Networking Event is to put yourself out there, you need to work on your Elevator Pitch.  The theory behind this quick presentation is simple.  If you found yourself in an elevator with The Grand Poobah of the company of your dreams, what would you say to this person to make a good impression?  You are supposed to be able to hit all of your talking points in 30 seconds or less.  This way, as you work your way around the room at the Networking Event, you can leave quick impressions with the people you speak with.  As well as your Networking Card.

What’s that you say?  You don’t have a Networking Card to pass out?  You only have business cards from your last job.  You know, the one you were fired from?  Have no fear, Vistaprint is here!  They have a wide variety of Networking Cards, starting at only $7.99!

This Tuesday evening, I will be attending my first Networking Event.  I joined a great group called Network After Work, that sets up Networking Events all over the country.  To be honest, I have avoided these events in the past mainly because I felt that they would be full of nothing but Millennials.  However, since I knew I would be writing this article, I have signed up to attend this event.  Hopefully, it will lead to some good connections outside of LinkedIn.  I encourage you to check out Networking Events in your area.  You might meet someone, who knows someone, who is looking for somebody with your skills.  You never know!

If you like what you’re reading on TBPC, please leave a comment and share the website with your friends.  Also, if you would like to be notified of new posts to this blog, please click on the “Follow” button in the lower right corner.  Until next week, may your parachute fully deploy, and may you have a soft landing!

Disclaimer: Advertisements that appear on this website are posted by WordPress and not by the author of this website.

I am an older worker who found himself a member of The Brown Parachute Club, purely through no choice of his own. I hope this blog helps you to deal with your situation and hopefully points you in some interesting directions. View all posts by Jerry Lambert

Jerry Lambert is a 57 year old worker who found himself a member of The Brown Parachute Club, by no choice of his own. He is currently an Uber & Lyft Driver, in addition to writing this blog and checking out other streams of income.